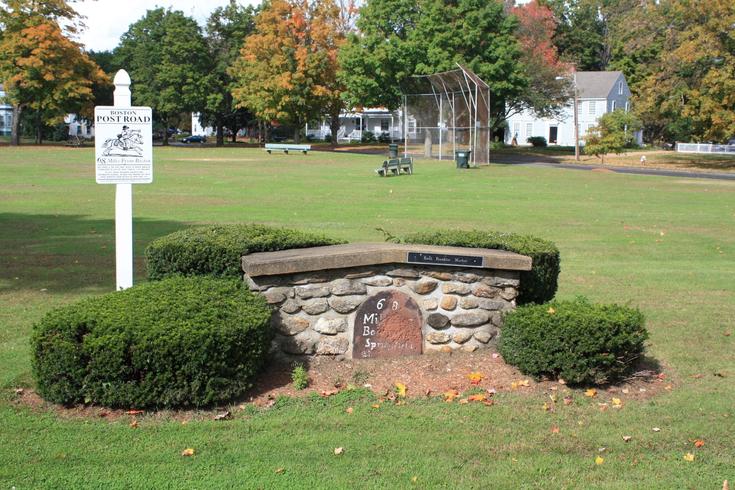 Take a Picturesque ride through the Brookfields of Central Massachusetts!

History has it that Benjamin Franklin directed the erection of sandstone mile markers in 1753 when he was Postmaster General.

Since postage rates were set by the mile, Franklin attached an ingenious device to the wheel of his wagon that counted the revolutions to measure each mile.  He marked each mile with a stake.  Workmen followed and replaced the stake with a stone marker.  These "Franklin Markers" indicate the miles to Boston and the best preserved string of markers that exist today is in this area.

There is evidence that Franklin personally measures the distance from milestones between important cities as he travelled from Boston to Philadelphia.

In 1905, during a search for markers, one was found anchoring a shed to the ground, while another was being used as a doorstep on a farmhouse.  Both were removed to their proper locations.

Approximate locations are shown on our map but detailed instructions to each marker can be found here.